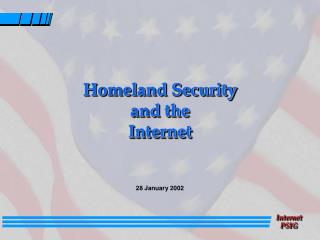 Homeland Security and the Internet

Homeland Security and the Internet

US Counterterrorism Strategy - . national strategy for homeland security july 2002 national security strategy of the us ,

The Aral Sea Water Transfer Disaster - Created by josh mellits and natalie lazaroff where is the aral sea? the aral sea