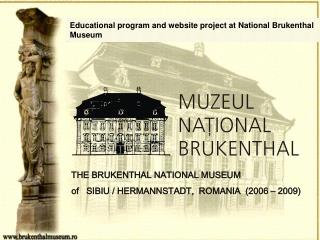 CURRENT PROJECTS AT THE NATIONAL MUSEUM

Nairobi National Museum - Is functional on all 365 days throughout the year. a 10 minutes’ drive from the nairobi city

A Project of National Educational Trust - . began operations under the guidance of mrs.kavitha chinnaraj in the year of

Project Museum Education - . communication technology i. what is graphic