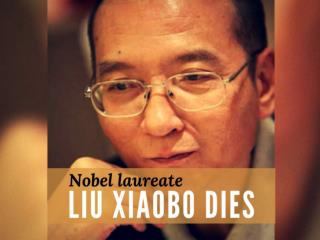 Chinese Nobel Peace laureate Liu Xiaobo, jailed in 2009 for "inciting subversion of state power," has died of multiple organ failure after being treated for late-stage liver cancer at age 61, the Chinese government says. Liu xiaobo - . a fighter for human rights in china . background of liu

Liu Xiaobo - . mr sheerin. st ninian’s h.s. - edunbartonshire. who is he?. in his time liu xiaobo has been a political

DIES - Purpose: dies are used to cut external threads on round stock. dies are selected by diameter and number of threads