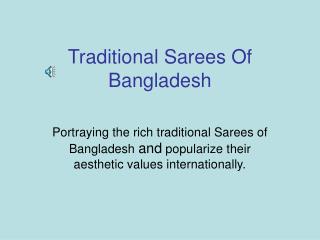 The Traditional Bridal Sarees - Handcrafted sarees, made from natural fabrics, tend to be the preferred choice for

Banarasi Sarees: The Finest Traditional Indian Outfit - Either a wedding or a formal meeting, sarees are adorned by women