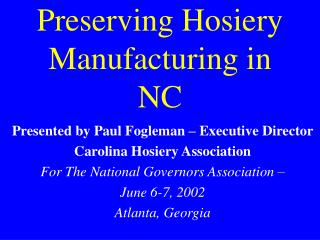 Women's Hosiery in Ireland - Luxury rose is an exclusive online shop of lingerie, hosiery, and swimwear that not only

Revolution in NC - . ss notes. the stamp act in nc. nc sent no delegates to congress, however, nc did not accept the

Hunting in NC - . there are many types of hunting in nc. rabbit

Cross Dock Facility Helps In The Manufacturing Business By Preserving Time And Money - We will pick up, and deliver the