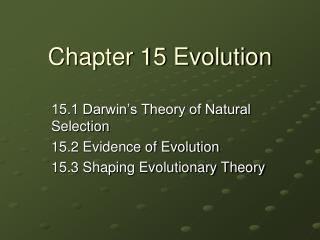 Primate and Human Evolution - Chapter 19 . primate and human evolution. the cradle of mankind. olduvai gorge on the

Chapter 16: Evolution of Populations and Speciation - . 16-1 variation of traits in a population. 16-2 disruption of