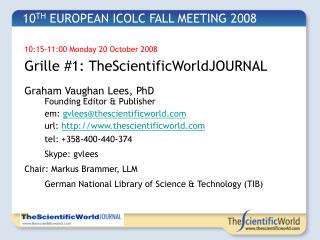 Monday, October 1 - . distributions, percentiles, and central tendency. the ogive gives you a good view of the

Monday, 28 October 2013 - . please join us for refreshments at the innovation marketplace in the in the exhibition centre Key Club Monday October 8 th - Recap on the car wash. we raised a total of $181. to be a member. key club monday october