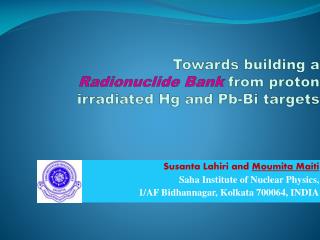 A Small Dose of Pb or Hg - . an introduction to the health effects of lead &amp; mercury. child health. environmental

Kaon and Proton Ratios from Central Pb+Pb Collisions at the CERN SPS - . masashi kaneta for the na44 collaboration

Building a target library - . an example of newlib. role of a library. after the creation of the cross compiler the

Charm and Beauty Production: from pp and p-A to Pb-Pb, from SPS to LHC - . introduction, parton distribution functions,