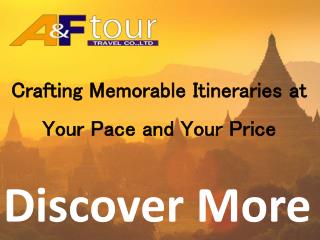 Aandf Tour Travel is a Thailand travel and tour operator and agency in Bangkok, specialized in Thailand Holiday Package Tours, Hotel booking in Thailand and vacations in Thailand.

Touring the World - . touring the world. learning the objectives : understand the different elements of a tour name the

The Knight’s Tour - . presented by: david miller. history. the knight's tour is a classic chess problem which was The Reasons to Avail Thailand Tour Packages - It is not without any reason that the number of people visiting thailand,