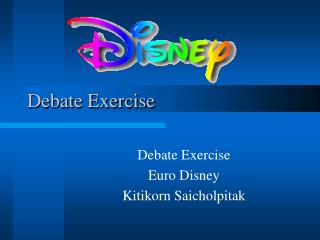 Should Euro Disney pour money into the project, build one or more theme parks ... it will increase the operating cash flow and liquidity to the Euro Disney. ...