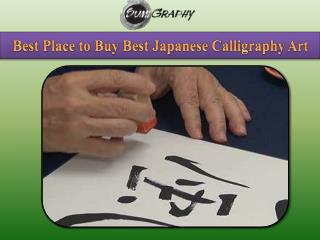 The Japanese language is written in an artistic way known as shodou, literally the ‘way of writing.’ Both the art and the name were derived from the Chinese culture. The traditions of calligraphy were imported from China to Japan around the seventh century. The Japanese calligraphy cannot be resumed to holding a brush and drawing strokes on a piece of paper.

Commissioner Lin Zexu burning opium at Humen - . signing of the treaty of nanking. the sino-japanese war: the battle

PREPOSITIONS OF PLACE - . what will we do?. introduce the prepositions of place m ake students aware of how prepositional

Learning Objectives - . summarize the japanese attack on pearl harbor. explain us and japanese strategy at the opening of

Internment of Japanese Americans - . one tragic consequence of the pearl harbor attack was a virulent anti-japanese

Japanese Literature - . haiku . blue can of steel what promise do you hold? salt flesh so ripe pink tender morsel

CHAPTER 8 - . japanese competitive strategy. japanese strategy prisms. how much should citizens be expected to sacrifice