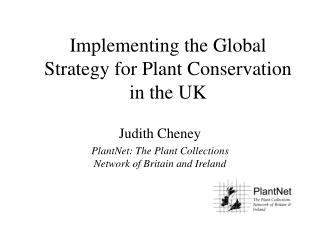 Implementing the Global Strategy for Plant Conservation in the UK

Implementing the Global Strategy for Plant Conservation in the UK PLANT REPRODUCTION - . plant reproduction. what are the basic features of plant life cycles? how is reproduction in

BUENOS DIAS - . globalization of business. understanding and managing markets and marketing. stated goals of this

CLIMATE AND LAND USE CHANGE IN PACIFIC MESOAMERICA - . challenges for conservation of biodiversity and sustainable