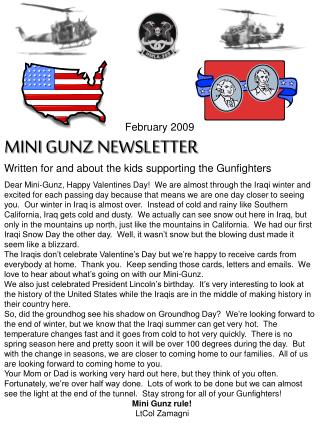 January 2009 MINI GUNZ NEWSLETTER Written for and about the kids supporting the Gunfighters - Happy new year! i hope you

Bringing (Keeping) the Kids Home Update – February 2009 - . a collaboration of department of health and social

It’s About the Kids - . mempsa leadership in times of crisis. the calling to compassion. there is no greater

It’s All About the Kids - . by nancy hopkins. purpose. to provide a brief overview of why we’re still here and why we

Kids Mini Super Bike - Find the best price on your next atv purchase at tao atv only. our cheap atvs for sale are of the

2017 February Tools for Change CGI Newsletter - I hope you find this issue to be informative and helpful in your work.