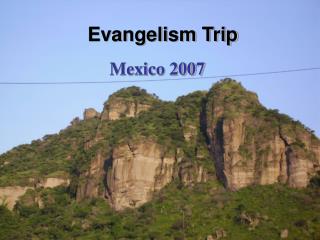 EVANGELISM - . first stage. question. how will you win the lost to membership?. video: jay walk. good reminder: why we

EVANGELISM - . the great commission go ye therefore, and teach all nations, baptizing them in the name of the father, and

EVANGELISM - . preaching of the gospel (good news) or the practice of relaying information about a particular set of

Evangelism - . some thoughts on sharing the gospel. bellaire church of christ february 17, 2012. a fishing story.

Evangelism - . his way in our world. a better/fruitful way of doing evangelism. idle as galilee. jesus is very focused.

'Event Evangelism', or... 'Servant Evangelism' - . based on a presentation by the revd dr george martin, who specialises

HOUSE EVANGELISM - . taking the gospel message to the people. vision. “to raise up laborers (house evangelism) who will

Foreign Evangelism - . foreign evangelism. i. commanded by jesus. matt. 28:19, “ go therefore and make disciples of all

Sequential Evangelism - . by rev. dan domke. the goal is to evangelize and…. to see souls saved from damnation. to

Relational Evangelism - . and articulating your testimony of faith. the gospel: the good news, the divine message of

Evangelism Training - Jesus gave us as believer’s authority to cast out devils in his name… if you, or someone you

PERSONAL EVANGELISM - . john 4. does this describe

Personal Evangelism - . matthew 28:18-20- “go ye therefore and teach all nations, baptizing them in the name of the