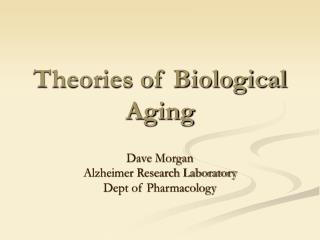 Theories of Aging - . vaunette payton fay, ph.d. “everyman desires to live long, but no man would be old.” johnathan

Theories of Biological Change - . linnaeus: developed a classification system for all types of organisms based on