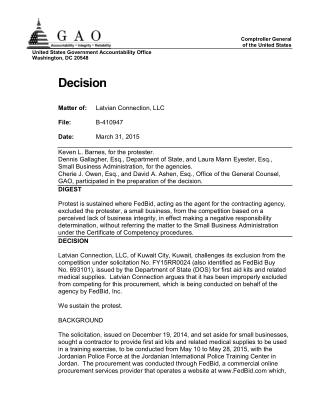 This is another example of how small businesses

are being discriminated by several federal

agencies. Often being perceived to be lacking of

business integrity and capability to deliver and

comply with all requirements of the RFQ, and the

intention to perform, in effect making a negative

responsibility determination which is a violation of

How to Optimize Your Blog for Success - Is your blog accomplishing the goals you’ve set for growing your business? do

How to Get Your Blog to a Thousand Dollar Month - How do you take a blog from 0 to $1000 in revenue? that’s the journey

Eulogy for a Blog - Our dear friend blog has passed on. we gather to pay our

Blog Design Showcase Consider this a website field trip - . “the measure of intelligence is knowing how little you

Indiana War Memorials Web Exhibit To go forward, please press your arrow down key or your “enter key.” To go back,