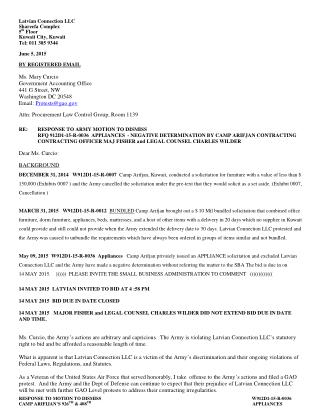 W912D1-15-R-0036 Appliances Camp Arifjan privately issued an APPLIANCE solicitation and excluded Latvian Connection LLC and the Army have made a negative determination without referring the matter to the SBA. Major William Fisher And Legal Counsel Charles
Wilder DID NOT EXTEND BID DUE IN DATE AND TIME. Best inbound marketing blog posts 2016 - Http://bit.ly/best-inbound-blog-posts the results are in and the people have