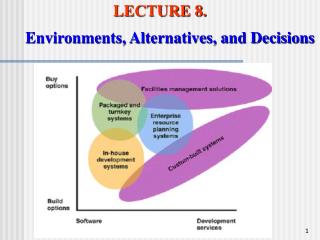 ITEC 3010 Systems Analysis and Design, I LECTURE 8-1: Evaluating Alternatives for Requirements, Environments, and - 2.

Top 8 Skype Alternatives - Since skype is not in its heyday, many other apps have launched that also can enable users to

Lecture 3 Decisions (Conditionals) - . one of the essential features of computer programs is their ability to make

Lecture 7 and 8 - . extended fsm models (rt-level). fsms have normally only boolean inputs as conditions and boolean

Lecture 8 - . monitoring of www operation. www monitoring plan. the objective of the plan is to monitor: the regularity

Lecture 8 - . methanol. 1-introduction:. methanol is the simplest alcohol, and is a light, volatile (less than petrol) ,