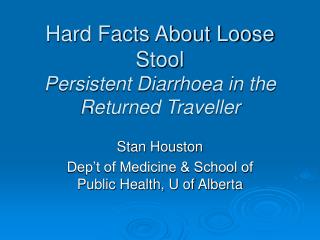 Quick Facts About Potty Seat Step Stool - . see its benefits and quality comparison to other potty

The Coal, Hard Facts - . by: anna duban sources of energy for the future 10/8/13. background. coal began formation in

Diarrhoea - . diarrhoea. t he passage of loose, unformed stools in most cases there is a large volume of stool and an

DIARRHOEA - . it is the passage of liquid and watery stool more than three times a day. it is the recent change in