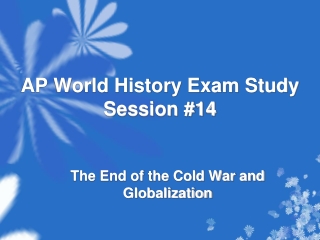 Origins of the War on Terror - . from the cold war to 9/11/01. background: cold war. ussr and us needed oil for their