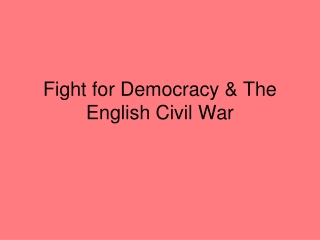 1-1: Roots of Democratic Government - . american constitutional government has its roots in greek, roman, and english

The Roots of American Democracy - . learning target: i can explain how judeo-christian, greco-roman and english

Roots - Word derivations. roots. english vocabulary includes short words like the article a as well as longer words such

Learning About the Roots of Democracy - . complete chart as we move through the activity. monarchy. a monarchy is a form

1.1 Greek Roots of Democracy - . objective. to understand what ideas arose in ancient greece that contributed to the

The Greek Roots of Democracy Chapter 1, Section 1 - . warm-up: take out your notebook and copy the following=. name:

The Roots of Our Democracy - . first government. babylonians develop system of government- write hammurabi’s code. the

Roots of American Democracy - . focus (1). chapter 2 begins on page 26 of your textbook. click the forward button to see