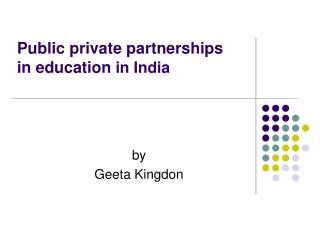 Education for Children of Migrant Labor through Public Private Partnership (PPP) : The Case of the Tent Schools in