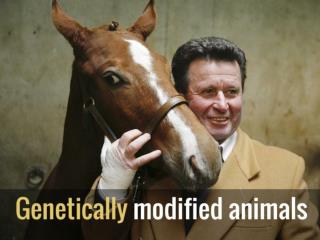 Fish, mosquitoes, dogs and rabbits that have been genetically modified.

What do you Know about GM Foods? - . genetically modified food. gm foods. any food product that is either itself

THE DEBATE ABOUT GENETICALLY MODIFIED FOOD - . what is gm food?. gm food is made with ingredients such as soya or maize,

You may see this at the supermarket… - . what does it mean?. genetically modified organisms. recombinant dna.

Factors Affecting Consumers Purchasing Behaviour Towards GM FREE Products in a European Region: The case of the Prefec