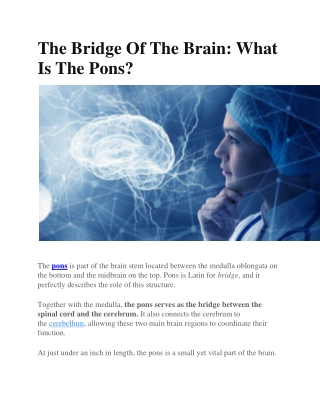 The pons is part of the brain stem located between the medulla oblongata on the bottom and the midbrain on the top. Pons is Latin for bridge, and it perfectly describes the role of this structure.
Together with the medulla, the pons serves as the bridge between the spinal cord and the cerebrum. It also connects the cerebrum to the cerebellum, allowing these two main brain regions to coordinate their function. Helping Children to Self-Regulate - . what is self-regulation?. a way to learn how to find balance in order to improve