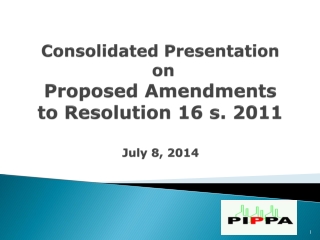 Friendly Amendments to Resolution 24 - . friendly amendment 1. line 54, after organs to insert all. friendly

Comments on the Proposed Amendments to Labour Legislation - 2012 - . as presented by hr city on behalf of affiliated