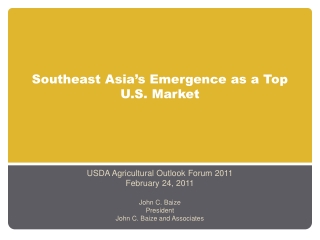 Department of International Relations and Cooperation BRANCH ASIA AND MIDDLE EAST - . briefing on rsa’s relations with

Youth in Asia-Pacific: An age of opportunity - . “regional perspectives on youth and development” ecosoc 2012

Your Gateway to Asia - . “the southeast asian online game market is expected to generate revenues of $1 billion by