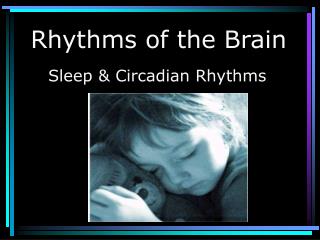 Rhythms of the Brain

Rhythms of the Brain

Sleep and Biological Rhythms - Sarah chollar 11/2/09. sleep and biological rhythms. what is sleep?. sleep as a behavior

Disrupting circadian rhythms can have consequences - . when external cues change, we have to re-adjust our internal clock

Circadian Rhythms - . 안용열 (물리학과). index. intro - what is the circadian rhythm? mechanism in reality how can

Biological Rhythms - Most organisms show rhythmic activities. many of these rhythms are linked to cyclical environmental

Sleep and Wakefulness (and Circadian Rhythms) - . what is sleep?. minimal behavioral activity. a rapidly reversible state

Poetic Rhythms - . the tercet. unaccented/accented pattern. the tercet comes in a rhythm pattern of a tetrameter which

Biological Rhythms - . what are body rhythms? . body rhythms are biological processes that show cyclical variation over

Biological rhythms, sleep and Dreaming. (PYA4) - . what are body rhythms? . body rhythms are biological processes that