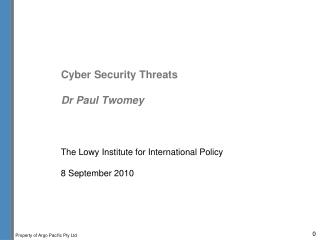 CYBER THREATS - . an unavoidable business risk &amp; and how to protect against it. cyber