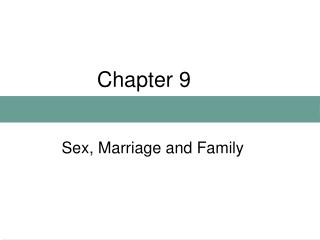 Chapter 9 Sex, Marriage and Family Sexual Relations Among primates, the human female is unusual in her ability to engage in sexual activity whether she is fertile or not. Every society has rules that govern sexual access. Distinction Between Marriage and Mating