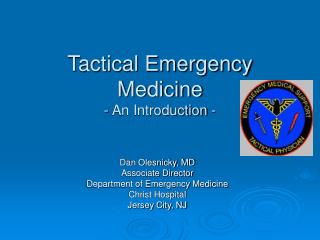 EMS Violence - . nothing is a routine call anymore. timothy s. arnett bs, nremt-p. objectives . identify some of the

Controlling Bleeding - . introduction. the leading preventable cause of death on the battlefield is bleeding from an

Introduction to Tactical Combat Casualty Care 28 October 2013 - . pre-test. pretest. what is tccc and why do i need to