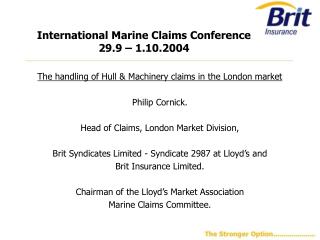 The Marine Realm - . morphology and processes. hypsography effect of eustatic and tectonic changes on land/sea

Workshop at the19 th Biennial Conference on the Biology of Marine Mammals - . learning to effectively and efficiently use