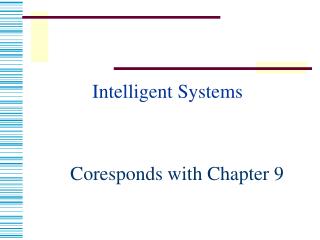 Chapter 9 Working With Others - Chapter 9 working with others. lesson 9.1 building relationships. the key to

Chapter 9 Working With Others - . lesson 9.1 building relationships. think about all your relationships —your

Chapter 9 Spaces with LINDA - . linda. linda is an experimental programming concept unlike ada or occam which are fully

Chapter 9 - Classes with Class Members - 2. class variables. based on what you've learned so far, when you're working on

Chapter 9: Error handling with exceptions - . syntax errors can be detected at compile time by compiler but there are