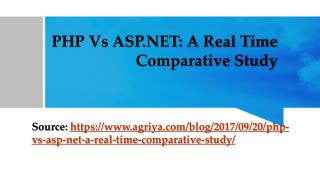 Here given a comparative study on PHP as well as ASP.net, which in turn will help you get some clarity on both platforms. Click here for more details https://www.agriya.com/blog/2017/09/20/php-vs-asp-net-a-real-time-comparative-study/ Neolithic vs. Paleolithic Comparison Posters - Picture comparison illustration is accurate according to the time period.