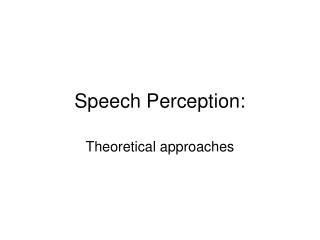 Speech perception 2 - . perceptual organization of speech. bottom line. whether speech is “special” or relies on