Over the next several periods we will… - PowerPoint PPT Presentation 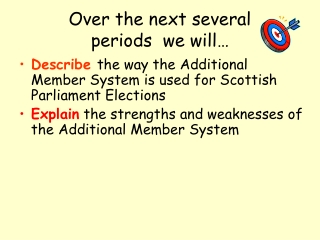 Over the next several periods we will…

Over the next several periods we will…

The Campaign for an English Parliament - . a not for profit company, incorporated in july 1998, limited by guarantee and

Democratic Political Systems - . separation of powers. mentioned briefly in lecture one central concept in most

REFERENDUM - . a referendum is a process to stay a law recently enacted by the general assembly until the law itself can

Referendums - . aims and objectives. to understand what a referendum is to identify how referendums are used to assess

Why did Revolutions take place in 1848 on the continent? Unresolved Political Rights Agricultural Conditions

The United Kingdom of Great Britain &amp; Northern Ireland - . the uk: what’s in a name?. u.k.= united kingdom of