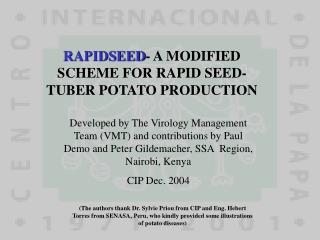 SEEDS - . listen to the video of seed germination. we get different kinds of seeds from plants. cucumber (vegetable).

Modifications to this presentation - . s 88 has been added to explain waas channel numbers and using them to tune gps

RaPiD The Reconfigurable Pipelined Datapath - . presented and slides created by shannon koh based on material from the

INSECT PESTS OF POTATO - . potatoes are attacked by most of the insects which infest closely related solanaceous plants