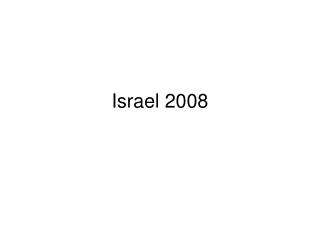 Israel - . zionism; israeli liberation movement. a return to the homeland. &quot;persecution : a program or campaign

ISRAEL - . and the palestinian territories. israel. israel was created in 1948 for a home for the jewish people 1,000’s