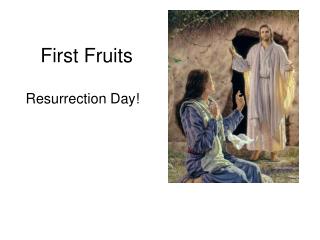 Population Dynamics - . chapter 10. honeybees pollinate one-third of the fruits, nuts and vegetables that end up in our

THE FRUITS OF MANIFEST DESTINY - . 1840s: slavery moved to the center stage of american politics. it did so not in the

Types of Fruits - . indehiscent fruits. dry fruits which do not split along definite lines to release seeds at maturity.

Oxidation and Reduction - . oxidation of food: what a waste!. fruits and vegetables oxidised when left in open air

Alkenes and Alkynes - . alkenes. at least 1 double bond btw c’s ethene is simplest and starting material for many

Bring the best of the firstfruits of your soil to the house of the Lord your God Ex 23:19