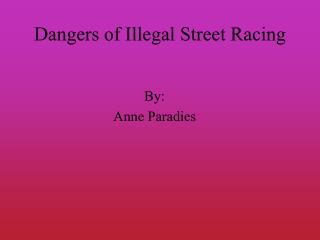 Chapter 13 Practice Quiz Antitrust and Regulation - . which of the following is illegal under the sherman act? a.

Normalization Of Deviance - . driving 100 mph illegal for all. borderline tolerated conditions of use. driving 75 mph –

RACING MEDICATION AND TESTING CONSORTIUM - Protect the interests of the racing public. rmtc was formed in 2002 as a 501