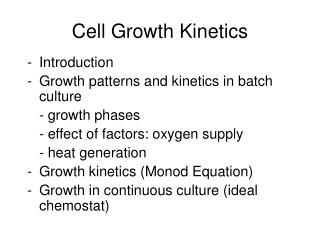 Cell Growth - . chapter 10 section 1. why do cells divide instead of just growing larger????. the larger a cell becomes,

Cell Growth - The blue whale is the largest mammal in the world. the pygmy shrew is 1 of the smallest mammals in the

Cell Growth - . will cells live forever?. some cells die because they have been damaged and cannot be repaired cells also

Cell Growth - . cells cannot continue to grow indefinitely because: too much volume, not enough surface area not

Cell Growth - . does an animal get larger because each cell increases in size or because it produces more of them?.

The Cell Cycle: Cell Growth, Cell Division - . where it all began…. you started as a cell smaller than a period at the