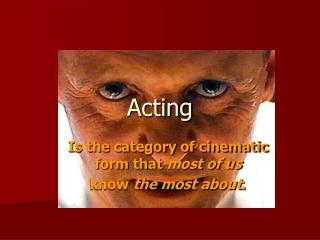 Acting Is the category of cinematic form that most of us know the most about . What is acting? Impersonation - pretense Embodiment (including voice) “the aspect of filmmaking over which directors have the least control” (196)