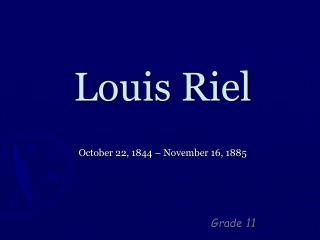 Louis Philippe’s Domestic Policy - . demands for parliamentary reform and rise of socialism and bonapartism . there

All about Robert Louis Stevenson! - . …the british author who started it all…. audience &amp; environment. grades