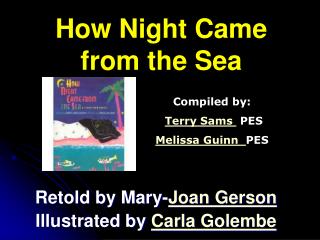 Came from the Renaissance - . section 1 notes italy: birthplace of the renaissance . italy’s advantages . the

How The Computer Came About - . created and designed by rachel :). the

How The Denominations Came About - . the roman catholic – orthodox split. tensions built between the eastern &amp;

How The Denominations Came About - . the roman catholic – orthodox split. tensions built between the eastern

Elements from the Sea - . chemical storylines notes. es1 why is the sea so salty. hydrothermal vents are geysers on the

Resources From the Sea - . fisheries. food from the sea. the animals that are harvested vary widely from culture to

THE WATSONS THAT CAME FROM LEXINGTON - . by : jaylin lord. a place to stay in. you can stay in the fiarfeilds inn on 1220

It Came from the Inner Nebula - Swri presents a kuiper belt double feature…. the ice volcanoes of charon. it came from

resources from the sea - Physical resources. petroleum and natural gassand and gravelmineralsmetalssaltfresh water.

It Came From Mythology: - . 11 words to take with you. winged goddess of victory. nike. the most ancient of gods. chaos (