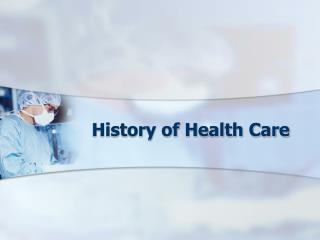 History of Health Care. Objectives. Students will: Identify medical/health care milestones that have led to advances in health care.

Patient-Centered Care - . va is changing the way health care is delivered by shifting from a problem-based health care

BIOE 301 - . lecture eleven. four questions. what are the major health problems worldwide? who pays to solve problems in

Are You a Pioneer in the Care Planning Process? - . rebecca hall retired, alabama department of public health, division

The Evolution of Managed Care? - . an overview of health care trends and national policy issues that are changing health