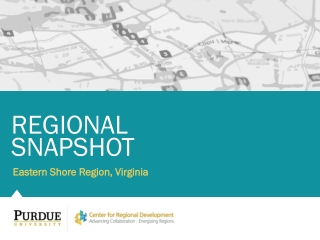 The Hopes of Immigrants - . take notes in cornell style as the lecture is given. this means you will need to ask at least

Isolation and Incorporation: The Lives of Hispanic Immigrants in Asheville, North Carolina - . matthew george 3 may 2005.

Identification of Priority Parcels for Habitat Protection on the Eastern Shore of Virginia - . jessica rhodes. outline.

The Hopes of Immigrants - . why people migrated. mostly men coming alone and lonely almost all came by way of steerage,

The Eastern Shore Conservation Center - . who we are. our mission: to preserve and sustain the vibrant communities of the

The Hopes of Immigrants - . chapter 14. why people migrated. many people came because of push-pull factors. these forces