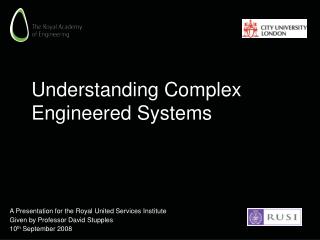 Supervisory Systems - . supervisory systems: introduction. purpose: to provide the user with the capability to exercise

Systems - . the parts and their interactions……………. definition. a system can be defined as ‘ an assemblage of

Structures and Mechanics with fischertechnik Super Crane Challenge – Level 3 - . what you’ll learn…. the history of

An Introduction to Systems Engineering The Art of Managing Complexity - . presented by cory r. a. hallam b.eng., m.eng.,