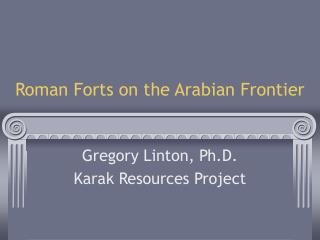 Roman Forts on the Arabian Frontier

Roman Forts on the Arabian Frontier