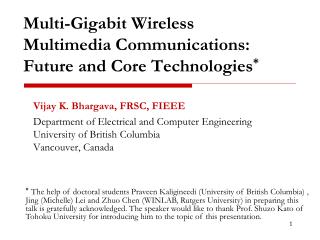 The future of wireless technology and its impact on e-business - . presentation to loyola university gsb dr. linda