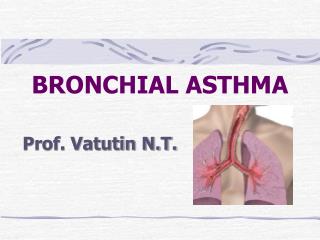 Bronchopneumonia - . a type of pneumonia inflammation of the walls of the smaller bronchial tubes, with irregular areas

Dr. Fralick-Ball has Asthma It will be cool in here all day - . great treatments for adhd &amp; processing disorders