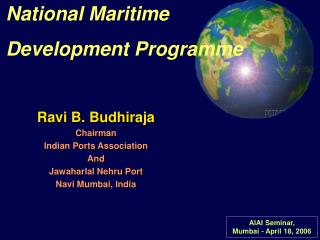 The Maritime Revolution, to 1550 - Global maritime expansion before 1450. sea travel was difficult and dangerousit was

: Ulster Club Coaching and Games Underage Development Programme - How to plan and implement an efficient and effective

MARITIME DOMAIN AWARENESS - . marine safety office st. louis, mo. welcome. thanks for your participation in this